After graduating from Brooklyn College with a degree in architecture, she worked in historic preservation and then in electrical engineering. For close to twenty years, she worked at Osram Sylvania as a Lamp and Technical Specialist and in 2010 she was appointed Lighting Project Design Manager, a position created specifically for her and one that enabled her to work on special projects.

Patricia worked on cityscape-changing projects including the redevelopment of Battery Park, the revitalization of Times Square, and on the exterior lighting on the U.S. Custom House, which garnered awards, including a Lumen Awards in 2008. 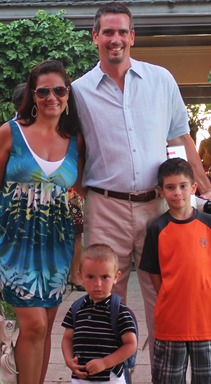 Patricia’s family has established a 529 College Fund for the education of her sons Jonathan and Matthew Minnick. If you would like to contribute, kindly make out a check to College America, noting account number 88040145 on the memo line and send to North Shore Financial Group, 2929 Expressway Drive North, Suite 200, Hauppauge, NY 11749, Attn: Stefan Kaplan.

Patricia volunteered her time and graciously lent her expertise to the IES, and to the New York City Section where she served as secretary, vice president and president. During her tenure as President, Patricia created the New York City Student Lighting Competition which challenges students studying lighting and showcases their designs. Fourteen years later, the competition has become one of the IESNYC’s signature programs and it was a fitting tribute to dedicate this year’s competition to her.

Patricia taught lighting design and inspired students at the New York School of Interior Design for more than six years. She was an extraordinary and accessible role model for her students. In her, they saw someone with intelligence, passion, and perseverance. In them, she saw a classroom full of future Lumen Award winners.

Patricia passed away after a two year battle with breast cancer.